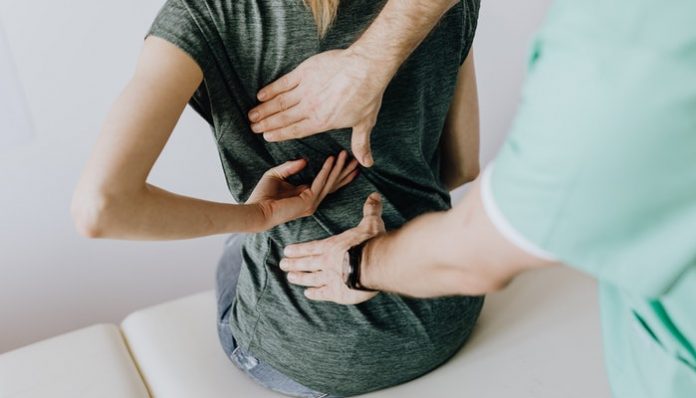 On CBDMyth, we’ve been receiving a relatively high volume of emails lately. Every one in five emails is a request from someone asking whether CBD can reduce pain completely.

After reading all these emails, I’ve decided to churn out a new article – one that pivots around how CBD relieves pain, the science behind it, and what consumers should realistically expect from this magic herb oil.

Pain in the body is not a disease in itself, it’s rather a symptom indicating something is wrong with your health. The parts of the body most susceptible to pain are muscles and bones. You can have pain in glands and veins too, but it’s a bit unusual as most people suffer from either muscle or joint pain.

Marijuana, even addictive, is used in medical field. There have been anecdotal as well as scientific evidence confirming CBD’s usefulness in the treatment of pain. What makes CBD an efficient pain-reliever? CBD is a compound that binds with a specific group of endocannabinoid receptors. The receptors are triggered to release neurotransmitters that numb the body’s natural capacity to receive pain.

Research has shown most pains are neuropathic in nature and tampering with the nerve pathways can block or minimize the sensation of pain.

Analgesia is not intrinsic to CBD, but it shares borders with analgesic drugs. Randomized clinical trials conducted under the supervision of medical teams found CBD’s mechanism mimics that of analgesic. The difference is analgesic drugs don’t stimulate the CB1 and CB2 receptors, something that’s typically done by CBD and other compounds found in cannabis.

The science, in nutshell

The most well-researched cannabinoid type is called 21-carbon terpenophenolic. It’s a naturally occurring cannabinoid type and phytocannabinoids genus of cannabis plant is its source. All its compounds are nalgesic, but not equally good at that. Tetrahydrocannabinol or THC is the strongest. One the flipside, it makes people high.

THC is a major phytocannabinoid. Its activities are supplemented and to some extent, kept in check by other phytocannabinoids like CBD, Flavonoids and Terpenoids. Scientists have synthesized these cannabinoids in clinical trials. The end result is CBD products, low in THC and high in CBD, retaining THC’s analgesic qualities sans the intoxicating effect.

Mammalian brains possess a minimum of two cannabinoid receptors. These are called CB1 and CB2 receptors. CB1 receptors involve neurons in the central and peripheral nervous system. CB2 receptors are made of non-neuronal tissues in these regions.

CBD binds to CB1 receptors via allosteric enzyme. But it binds directly to CB2 receptors. This way, cannabinoid induced antinociception is produced. Antinociception plays an important role in pain reduction – the kind of pain that affects not only humans but all animals. According to research, if chronic pain is caused by nerve damage or anti-inflammatory drugs, antinociception can suppress it pretty quickly.

Cannabinoid receptors in the central and peripheral pathways are distributed. Scientists are now studying these receptors to understand how cannabinoid engenders antinociception. Hopefully, their research will shed new light onto CBD’s effectiveness in treating hard-to-treat pain.

CBD products – be them edible oil or salve – can be a great alternative to NSAID drugs or painkillers. Both are harmful to the body. Doctors sometimes dismiss these drugs calling them unfit for human consumption.

Another reason CBD is a viable alternative to OTC painkillers is it gradually eliminates pain completely. Painkillers, even though work quickly, don’t treat the root cause of the pain. As a result, the pain comes back when the effect of the drug is over.

Insights obtained from research into CBD leads to an important question. Is pain completely physical or partly psychological? Oftentimes, the physiological factors leading to pain disappear but the pain still remains.

How’s that possible? One credible explanation is the neural pathways responsible for pain might continue to send signal even after an injury or a wound heals. This way, people continue to suffer from pain.

THC and CBD share a number of neuroprotective characteristics. CBD however, is an endocannabinoid modulator unlike THC as the latter doesn’t bind to vanilloid receptors. CBD being a TRPV1 agonist, inhibits a number of enzymes including fatty acid amidohydrolase and hydrolytic enzyme.

It’s clear from the discussion above that CBD is way different from painkillers available in the market. Not only it doesn’t have any harmful effect, but it actively restores the body’s normal functioning so that it heals the wound/injury itself and get rid of the pain once and forever. So, next time your back or shoulder aches, do give CBD a chance.