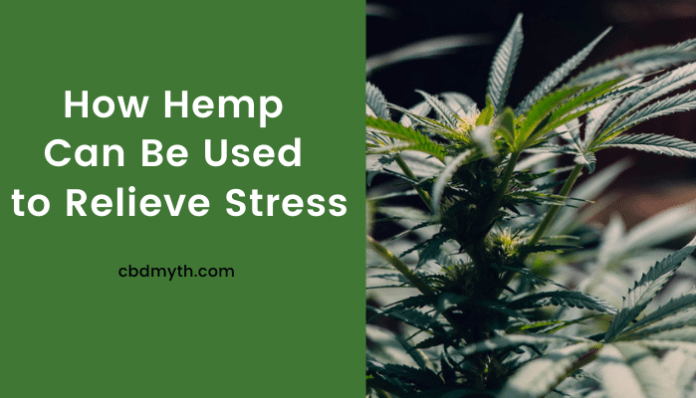 For so long, the usefulness of hemp has been denied and dismissed. It’s only recently that the benefits have started getting listed. And with that, people, who in the past thrashed cannabis as an addictive substance, are now beginning to acknowledge its healing properties.

The use of hemp not only relieves stress and anxiety but also opens new doors for the treatment of hard-to-treat mental disorders. Hemp is a naturally found cure for stress. It’s so effective that simply puffing it can significantly reduce symptoms of stress and anxiety.

Before we take this discussion any further, it’s important to define hemp using scientific terms for the sake of clarity. Hemp is a class of cannabis; it contains 0.3% of Tetrahydrocannabinol (THC) or less.

Hemp has a very high amount of Cannabidiol (CBD) in it. Because CBD doesn’t cause the euphoric feeling (associated with cannabis usage), hemp products are a safe choice of consumption for anyone who is only interested in cannabis’ perceived health benefits, and not in its inebriating properties.

CBD is the key

Anecdotal experiences have long backed hemp as a mood enhancer and stress reliever. But how it relieves stress and uplifts mood has remained a mystery to scientists until recently, when they discovered that CBD is the secret behind hemp’s stress-calming effect.

CBD oil is undoubtedly effective, but concentrates are more effective in allaying stress for having a high percentage of CBD in them. Learn more about CBD concentrates here.

Cannabidiol or CBD is a cannabinoid found in cannabis. Cannabinoids are compounds that interact with the body’s endocannabinoid receptor system (ECS). Cannabinoids differ from one another based on how they stimulate the ECS.

CBD, on the other hand, doesn’t directly bind to either receptor. Instead, it energizes both receptors. Because CBD’s impact on the body is holistic, it brings a soothing effect on consumers, making them feel more relaxed.

What we perceive as stress is our brain’s reaction to troublesome situations. Research shows that the amygdala and the prefrontal cortex are the two areas in the brain that are most susceptible to stress.

When stressed, our body produces adrenaline, which elevates heart rate and blood pressure. Increased stress causes the secretion of cortisol, a hormone that gradually heightens the quantity of sugar in the bloodstream. The antidote to stress is serotonin. Serotonin counterbalances the effects of adrenaline and cortisol in the blood.

CBD activates the serotonin receptor by releasing neurotransmitters that bind to this receptor. CBD also decreases the cortisol level in the blood to manage stress.

It’s called post traumatic stress disorder or PTSD. People who experienced traumatic situations in the past often have a flashback of unwanted memories. It makes them feel stressed, but because they have a familiarity with the stressor, they neither fight nor flight. Instead, they plunge into periodic depression and suffer silently.

Therapists prescribe antidepressants to those people. But they admit that treating this condition successfully is challenging. PTSD is labeled as a chronic condition by them. The problem with conventional PTSD treatment is that it is largely ineffective and that long-term use of antidepressants might cause harm to the body.

With CBD, such problems are unlikely to occur. CBD battles PTSD by defusing certain synapses in the brain that are responsible for the recurrence of stressful memories. As a result, people taking CBD for PTSD notice a marked improvement in their symptoms. CBD also ensures quality sleep, which is important for mental health. Most importantly, there’s no adverse effect of using CBD.

Hemp has a very high percentage of CBD and a fairly low percentage of THC in it. That’s why, hemp derived CBD concentrates are rarely used for recreational purposes. They are used to relieve distress, anxiety and mental agony.

Hemp and marijuana are both sources of CBD. Hemp derived CBD doesn’t differ from marijuana derived CBD in terms of molecular structure. They differ in two ways, though. First, hemp plants contain more CBD than cannabis; hence, they are a go-to choice for CBD businesses. Second, legal clauses around them are different. Hemp is recognized more widely as a legit source of CBD.

It’s hard not to feel disappointed by the fact that people are overly reliant on anti-anxiety medicines that cause long-term side effects when there’s a safe and organic alternative out there. Nevertheless, with hemp and CBD becoming more and more mainstream, this scenario is changing for good. 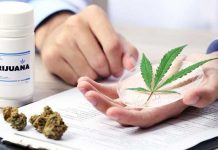