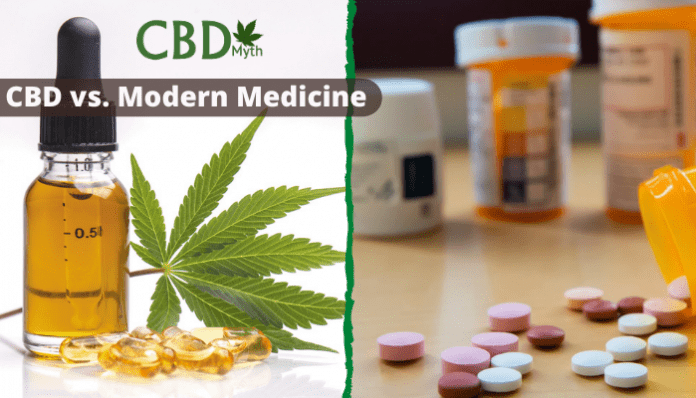 CBD and Seizures: A Guide

According to the Mayo Clinic, ​seizures​ are a sudden and uncontrolled disturbance that occurs in the brain. It can affect and change your behavior, feelings, movements, and level of consciousness. If you experience two or more seizures or have a tendency to have recurrent seizures, this can be considered epilepsy.

Seizures can last anywhere from 30 seconds to 2 minutes in time. If a seizure lasts longer than5 minutes, this is considered a medical emergency. Unfortunately, seizures are more common than we think. They can happen after a closed head injury, stroke, or after an infection or illness occurs. Many times, sadly, the cause of a seizure is unknown.

What are the Types of Seizures?

There are many types of seizures that an individual can experience, all ranging in severity. Seizure types can vary by how they begin and where they occur in the brain.

Healthcare professionals typically classify seizures into one of two groups: focal or generalized. This is typically decided on how and where abnormal brain activity starts. Seizures can also be categorized as an unknown onset if the seizure origin is unknown.

A focal seizure occurs when there is abnormal electrical activity in one area of the brain. They can occur with and without loss of consciousness.

Focal seizures without a loss of consciousness may alter the way things look, smell, taste, feel, sound, or alter emotions, again, without losing consciousness. These seizures may result in arm or leg involuntary jerking movements or spontaneous tingling, dizziness, or flashing lights.

Focal seizures with impaired awareness may involve a change or loss of consciousness. An individual may stare into space or not respond normally to the environment. They may even perform repetitive movements such as chewing, swallowing, or walking in circles.

What are the Symptoms of a Seizure?

Symptoms can range from mild to moderate to severe and may vary depending on the type of seizure. Signs and symptoms may include:

What is Medical Cannabis?

Now that we’ve lightly touched on an overview of seizures, let’s get to talkin’ about all things cannabis, weed, CBD, hemp, THC, the green stuff.

Medical cannabis, also known as medical marijuana, is a term used for derivatives taken from the cannabis plant that may be used to relieve acute, chronic, and serious symptoms.

Formally known as Cannabis Sativa, this plant contains many active compounds, with two major ones being of major medical interests and purpose: cannabidiol (CBD) and tetra hydro cannabinol (THC).

Is Medical Cannabis and CBD Legal?

What about the legalities for marijuana, CBD, and THC in the US? Are they legal?

Well, many states allow the use of THC for medical purposes. However, federal law prohibits the use of the whole cannabis plant or its derivatives for any purpose still. But, CBD that is taken from the hemp plant is ​legal under federal law​. Confusing a little? Sounds about right.

Studies have shown that medical cannabis has possible benefits and therapeutic effects for numerous health concerns. Depending on the state you reside in, you may qualify for treatment with medical marijuana if you meet certain criteria and a qualifying concern, including:

If you think you may be experiencing un comforting symptoms or side effects from a medical marijuana treatment, please consult with your physician immediately.

CBD is the medical abbreviation for cannabidiol. This cannabinoid is derived from the cannabis plant and is non-psychoactive – ​it won’t get users “high” or “stoned.”​ With increasing interest in CBD in the holistic and medical sectors around the world, it is quickly becoming a hot topic in research – especially for seizures.

CBD is unique in that it can be derived from both the marijuana and hemp plants. The biggest difference between the two? The THC content. As we briefly mentioned above, the legalities surrounding marijuana, hemp, THC, and CBD aren’t as clear as we’d hoped for (yet). Nonetheless, knowing the legalities of the state you reside in may help you with your cannabis/CBD journey.

If CBD is taken from the marijuana plant, there could be anywhere from 0.3 % – 25% THC present, which is illegal in states where recreational marijuana is not legalized. However, CBD that is taken from the hemp plant, containing 0.0% – 0.3% THC, is legal across the US.

Now that we’ve touched on an overview of seizures, medical cannabis, and CBD, you’re surely wondering: can CBD or cannabis help seizures?

In such a time of medical advancements, experimental protocols, and research publications sprouting like flowers, there is still much work to be done in evidencing the power of cannabis and CBD in regards to helping seizures.

However, there is a solid foundational layer of research showing promise of CBD being a therapeutic tool in the world of seizures.

A 1992 study published in the American Clinical and Climatological Association investigated the use of marijuana and the potential risk of new onset seizures​. Researchers found that marijuana takes on the protective role against the new onset of seizures, supporting previous studies in animals and humans.

Pharma logical vs Natural Approaches to Seizures: The Differences

Though pharmaceutical options have been around for years for the treatment and management of seizures and epilepsy, natural and alternative options are slowly turning heads for parents and those suffering from seizures.

Pharmaceutical options for those experiencing seizures typically include some type of anticonvulsant or antiepileptic drug. Although seizure control can be achieved in approximately 75% of children with conventional antiepileptic drugs, other non-pharmaceutical treatment approaches may have a role to play in those with intractable seizures, according to ​Kneen and Appleton​.

Non-pharmaceutical seizure treatment and management options may include:

What Does the Research Say on Seizures and CBD?

Now to the good stuff! The research, the evidence, the statistical support behind CBD for seizures.

Performed in the 1980s, scientists first started examining the ​effects of CBD on seizures in mice​. As this study is just one example of foundational contributions to the scientific literature surround seizures and CBD, researchers discovered that CBD acted to inhibit seizure spread in the central nervous system by acting on various brain mechanisms.

Researchers discovered that CBD may act to stop seizure spread in the central nervous system of the brain.

Fast forward to 2017, Cross and colleagues were able to further examine the ​effects of CBD on convulsive seizure frequency​ in ​Dravet Syndrome​. This multi-center, randomized, controlled trial resulted in CBD treatment leading to a greater reduction in seizure frequency than the placebo.

The results from this review demonstrate encouragement for the use of CBD in severe treatment-resistant epilepsy.

Though the research and development surrounding CBD and seizures is showing great positive support, much more is still needed to be done.

More clinical and randomized trials are needed to fully develop an understanding and basis for CBD and its underlying mechanisms to help in seizure frequency, severity, and overall condition.

Until then, talk with your primary care physician, ask questions, do your homework, research potential adverse effects of medications prior to starting them. Being prepared and aware of what to expect as soon as you or someone you care for experiences a seizure will surely have you feeling more confident with what to expect next.

Until next time, keep ya head up! We can get through this together.