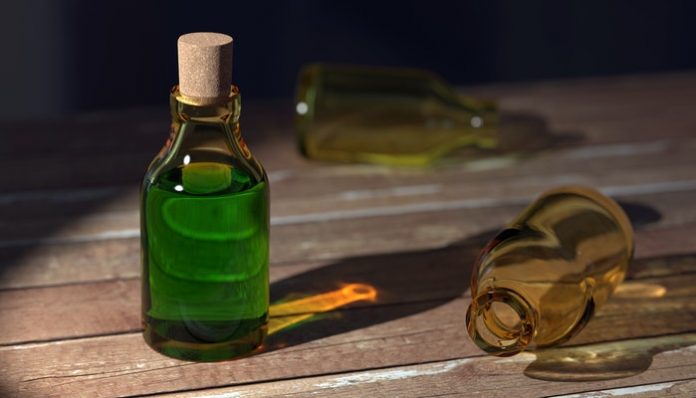 CBD oil offers incredible health benefits, allowing users to self-medicate chronic ailments like anxiety, sleep disorders, PTSD, herpes outbreaks, and even liver cancer. In the 1970s, marijuana was often referred to as nature’s “medicine” for it’s healing effects. However, it polarized the country due to negative side effects like getting “high,” and reducing a user’s communicative and functional abilities.

In 2013, CBD entered into the public spotlight in a CNN documentary called “Weed.” The documentary told the story of a young girl in Colorado who faced a life-threatening form of epilepsy, Dravet syndrome.

After trying out many drug compounds and pharmaceuticals on their little girl, Charlotte’s parents found medicating their daughter with THC & CBD was the only thing that actually worked. The moving documentary changed the way we perceive the use of cannabis as a culture. It was no longer the “gateway drug” that ruined the lives of young people, destroyed families, and uncivilized & divided the culture. It was medicine. The public display of cannabis’ widespread medical benefits began a rally cry for legalization among advocates that’s still going on today.

If you look up the definition of CBD, you’ll find something mentioning how it’s a non-psychoactive compound of the cannabis plant. CBD, technically cannabidiol, is a naturally occurring cannabinoid constituent of cannabis. It was discovered in 1940 and initially kept off the market and away from mainstream media. CBD is one of at least 113 cannabinoids identified in hemp plants, accounting for up to 40% of the plant’s extract. Thus, people are able to extract it and make tinctures, shatters, waxes, butters, teas, vapes, and a number of hygiene & personal care products.

According to Healthline.com, CBD & THC both have the same molecular structure. There are 21 carbon atoms, 30 hydrogen atoms, and 2 oxygen atoms. The only difference is in how the atoms arrange themselves, accounting for the different impacts on the body – primarily the psychoactive and non-psychoactive effects.

THC and CBD are illegal in most states. However, most CBD oil products have less than 0.3% THC concentration and are classified as hemp products.

Both CBD and THC are chemically similar to your body’s own endocannabinoids.

According to The Scientist, the endocannabinoid system is a family of receptors and enzymes in the brain, heart, liver, pancreas, skin, reproductive tract, and pretty much everywhere else in the body. They are responsible for restoring homeostasis for many species in the animal kingdom. We naturally produce millions and millions of endocannabinoids, and if the endocannabinoid system is disrupted, a number of disorders may result: including diabetes, hypertension, infertility, and liver disease.

Furthermore, THC & CBD from the cannabis plant will interact with your cannabinoid receptors causing the release of neurotransmitters in your brain. Neurotransmitters are the basic chemicals responsible for relaying messages between body and brain, medicine and cells.

With technology, we’re now able to extract CBD, the non-psychoactive component of the cannabis plant to treat illnesses without psychoactive side effects. The natural production of endocannabinoids all throughout the body suggests that we may have found nature’s cure for just about any chronic ailment.

Given the chemical reactions already taking place in our endocannabinoid system, we’re basically living a “high” life until we become ill. It was logical for millions of Americans to conclude that medicating with cannabis was a natural way of restoring homeostasis to the body – following the CNN documentary.

Although CBD itself is still illegal in most states, CBD oil is considered a “hemp” plant extract and is widely available for purchase, recreational, and medicinal use. There are many products on the market today. According to cbdvapepenguide.com, you should do a cross-comparison of the purity, strength, and price of a product before making a purchase.

They seem to have a great set of resources comparing, reviewing, and recommending different dosage options. In the new age of self-medicating, you will have to do some preliminary research, but there’s also no risk if you’d rather dive in head first.

You can reduce or increase doses based on your treatment plan recommended dosage size, method of consumption, and budget. For example, someone with ADHD may normally take 2 pharmaceutical pills 3x per day. With a doctor recommended CBD treatment plan, they make take 2 CBD capsules in the morning, eat 1 CBD gummy worm after lunch, and vape as needed to reduce anxiety. If you plan on self-medicating with CBD oil, consult a holistic doctor or influencer. There are so many on Youtube, Instagram, you name it!

A quick Google should be helpful to you, and you can also consult with your primary care physician before completely eliminating pharmaceuticals from your daily regime. Today, many doctors support the incorporation of CBD oil into daily treatment plans, as there are very few side effects with CBD, unlike pharmaceuticals.

The Future of CBD Oil

The future of CBD oil looks quite promising from both a medical and marketing perspective.

CBD oil is federally regulated, and quite affordable. In some cases, a CBD oil treatment plan may be even cheaper than purchasing pharmaceuticals.

Unlike with black-market illegal cannabis, you’re very unlikely to come across “dirty” CBD oil.  Even large retailers like Walmart are doing preliminary research on CBD oil products with intentions of stocking them in stores around Canada.

CBD oil is not what you think if you think it’s dangerous, dirty, or trendy. This plant medicine has been growing in popularity since the late 90s and offers medical advantages. There’s minimal risk involved in consuming CBD oil, as the oil lacks the psychoactive THC content traditionally associated with getting “high.” Self-medicating with CBD oil is a completely different experience than smoking pot, yet produces the same medicinal effects.