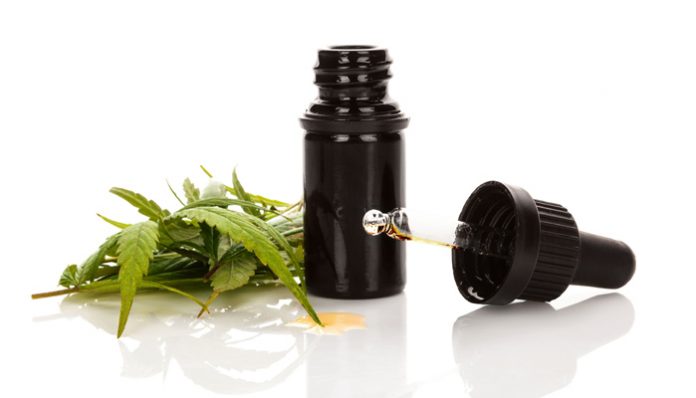 Opiates are prescribed by doctors to help treat severe pain. However, its frequent use can lead to an addiction. Examples of common opiates that function as prescription painkillers are oxycodone, hydrocodone, and fentanyl. It also has an illegal version, in the form of heroin.

Opiate addiction is currently the top cause of drug overdose cases in the United States. In 2015, more than 20,000 deaths were attributed to the prescription painkillers.

Aside from the potential for death, opioid addiction can also have other adverse medical effects. For example, it is liked with the spread of HIV and hepatitis, as well as exacerbating mental health issues.

According to the US National Institute of Drug Abuse, one of the ways opioid addiction is treated is an approach called Medication Assisted Treatment. It combined the use of drugs with behavioral counseling to support the opioid user mentally and physically.

The medications currently used in opioid addiction are buprenorphine, methadone, and extended release naltrexone. Studies have shown that these drugs are useful in treating opioid addiction.

However, the use of these drugs does pose some difficulty. For example, naltrexone can only be used once the patient has fully undergone detoxification. It cannot be used by people who are still actively using opioids.

Recent studies have suggested that CBD could be an alternative medication in fighting an addiction to opioids. CBD is a substance derived from the marijuana plant. It is like other herbal extracts in that its components depend on how the extract is produced and what substances were found in the plant in the first place.

Cannabis plants contain many compounds. One of these is a class called cannabinoids. The common types of these cannabinoids are THC or tetrahydrocannabinol and CBD, which is cannabidiol.

THC is a psychoactive compound which gives people the feeling of being “high” when they use marijuana. However, CBD is a non-psychoactive compound. Meaning, it does not have any mental effects. It is usually used in oil form by those who want to get the benefits of the extract, without the heightened mental sensations.

It is important to note that CBD products that do not contain THC are not under the US Drug Enforcement Agency’s Controlled Substances Act. CBD products, therefore, are legal and used in a variety of ways, including in wellness and healthcare industries.

There are three reasons why the use of CBD in helping treat opiate addiction is so promising. The first, CBD is able to regulate feelings of anxiety, which is a large issue in an addiction situation. Second, CBD does not have a high risk of side effects. Lastly, CBD is a natural replacement for the currently approved medication for opiate addiction.

The use of CBD in addiction treatment stems from animal studies that indicate its potential. In a study funded by the National Institute on Drug Abuse and National Institute on Alcohol Abuse and Alcoholism, it was discovered that giving rats that were exposed to drugs and alcohol were more resistant to using drugs when CBD gel was applied to their skin regularly.

It was determined that the CBD reduced the feelings of anxiety and lack of impulse control in the animals, which are typical emotions associated with drug dependence. These effects of CBD were detected for up to five months after the CBD treatment stopped and its presence eliminated from the blood and brain.

Currently, there are no studies regarding CBD and its usefulness to opioid addiction that work with humans. The studies are confined among animals. Researchers note that further study is required.

However, these early research indicate that the use of CBD has potential that is worth exploring. Its usefulness stems from the effects of CBD in the mental and physical state of the body.

As clued in by the animal studies, scientists are mainly looking at the potential of CBD to relieve addiction triggers, which are in the areas of anxiety and depression. It is generally accepted that those who suffer from mental conditions are more likely to abuse drugs or relapse into addiction.

CBD works on the brain to minimize these negative states by affecting the brain referred to as CB1. These receptors are proteins found in the cells of the body that receive chemical impulses from various stimuli. They also prod the cells to respond accordingly.

It is unknown how the use of CBD affects the CB1. However, one of the most plausible theories is that it changes the serotonin signals. Serotonin is one of the chemicals produced by the body that regulates emotions, such as happiness. Thus, it is often associated with mental health.

When there are low serotonin levels, the common effects are depression or anxiety. If a person does not have enough serotonin in the body, there could also be a higher risk for addiction.

The most common treatment for low serotonin is through prescription drugs called selective serotonin reuptake inhibitors. Examples of these are brands like Zoloft and Prozac. CBD has shown its potential as an alternative to these drugs when it comes to anxiety management.

Another way that CBD can be used to minimize the risk of opioid addiction is by preventing its occurrence in the first place. One of the main benefits of CBD is in pain management. it has an anti-inflammatory effect, which makes it useful for those with arthritis and other chronic pain conditions.

Opioid use, as mentioned earlier, occurs when the drugs are taken for prolonged periods of time. CBD can be a viable alternative to these drugs because it interrupts the continuity of use. Without that reliance, the risk of addiction is lessened.

Unlike other pain-relieving drugs, research indicates that those who use CBD in pain management do not develop a tolerance for it. Meaning, they can achieve the same results without having to increase the dosage.

There is some reluctance in the medical field to explore the use of CBD in opiate addiction. This is mainly because of the stigma associated with marijuana and its classification as an illegal drug. However, researchers who see the potential of CBD in helping those who are addicted to opiates argue that CBD and other similar cannabinoids are legal and serve a medicinal function.

Opiate addiction certainly needs a multi-level approach in treatment to successfully overcome it. But, one thing is certainly clear. It is that there are indications that CBD can play a key role in developing safe and effective therapies and this role is worth exploring further.

An addiction to opiates should not have its risks minimized. Therefore, it is important to consider the different avenues of treatment like the use of CBD.